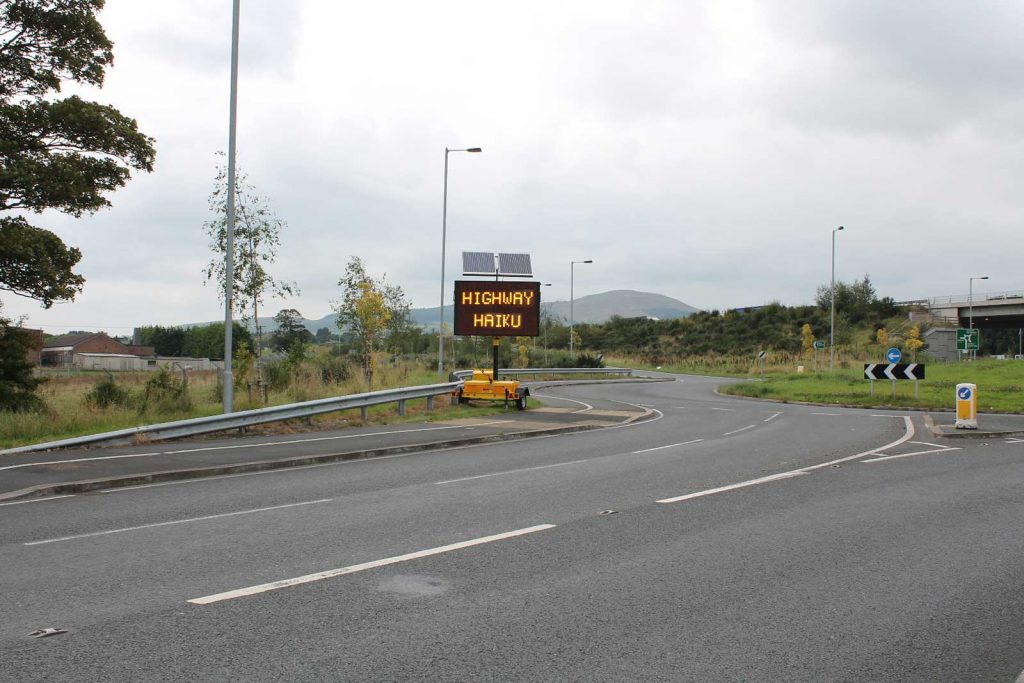 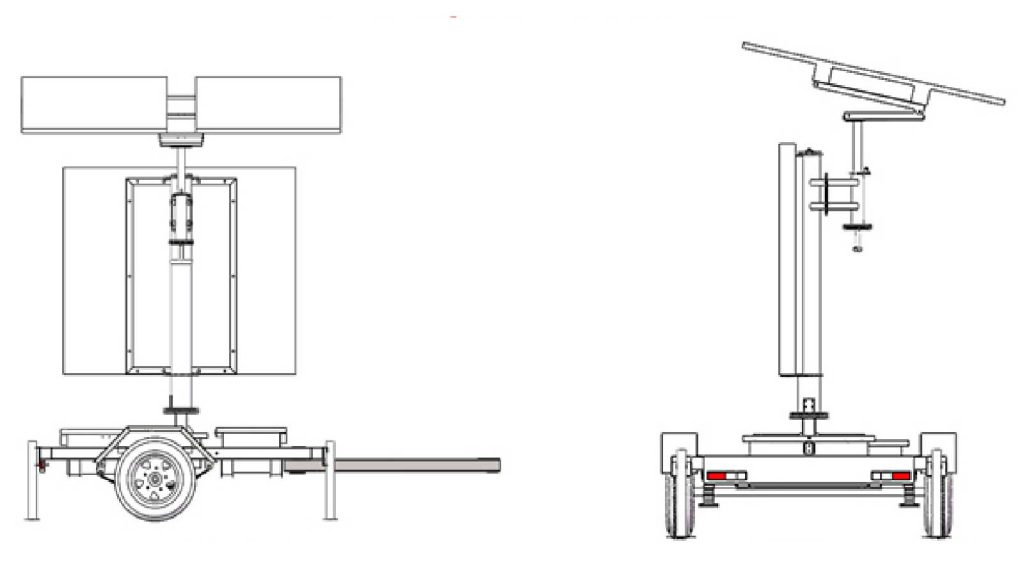 At a time of impending global climate catastrophe Highway Haiku invites respondents to consider Brunel University’s position, nestled between the M4, M40, and M25, and how this impacts on the architecture, nature and aesthetic legacy of their daily experience of travel.

Phil Coy is inviting contributions from staff, students and local residents to contribute a Haiku based on impressions of ‘the road’ and their weekday commute.

Phil Coy will edit contributions together with those of internationally published authors and poets. These include Will Self who has contributed the first Haiku:

Selected Haiku will be displayed on a VMS (Variable Message Screen) Road-Side Billboard at the Eastern entrance to the Brunel University Campus. A small publication of collected Highway Haiku will be published by youarehere!towards the end December 2019. The publication will be distributed to all those that have contributed.

As with many other forms of poetry, the traditional Haiku was written with strict rules. In their simplest interpretation these rules suggest that a Haiku is a Japanese poem of seventeen syllables, in three lines of five, seven, and five, traditionally evoking images of the natural world.

However, both Japanese and Western poets have relished in flaunting these rules. Furthermore, when western writers became interested in the form in the 1950’s, many felt the change in language made them redundant in many contemporary contexts. We therefore suggest that if you would like to contribute a Highway Haiku it would be most appropriate to consider the advice of Jack Kerouac,

I propose that the Western Haiku simply say a lot in three short lines… Above all, a Haiku must be very simple and free of all poetic trickery and make a little picture . . .
Jack Kerouac

Contributions are invited in the Western Haiku* form to mail@youarehere.work with the Subject Header “Highway Haiku”

Highway Haiku expands Coy’s research into Brunel University’s position on the western fringes of London, as one being heavily influenced and indebted to west coast American car culture. The work consciously adopts an American word for “road” … “highway”. It is a word that is perhaps most associated with the romance of American road and  President Eisenhower’s commissioning of ‘Federal Highway System’. Highway Haiku shifts the words romantic associations to a context that might remain allusive to those commuting in heavy traffic on the M40.