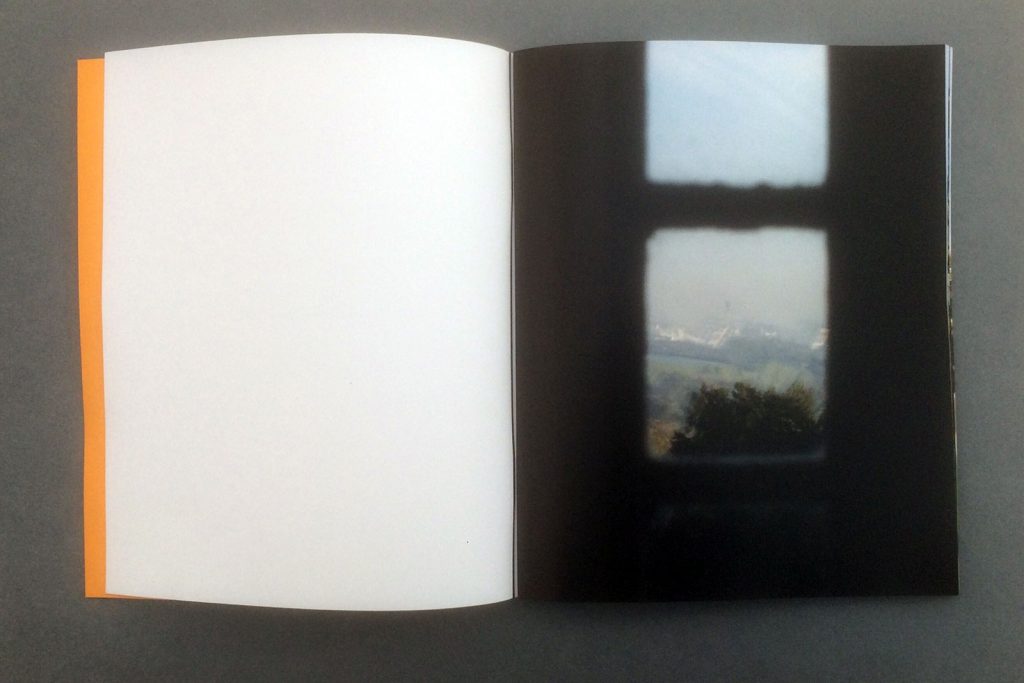 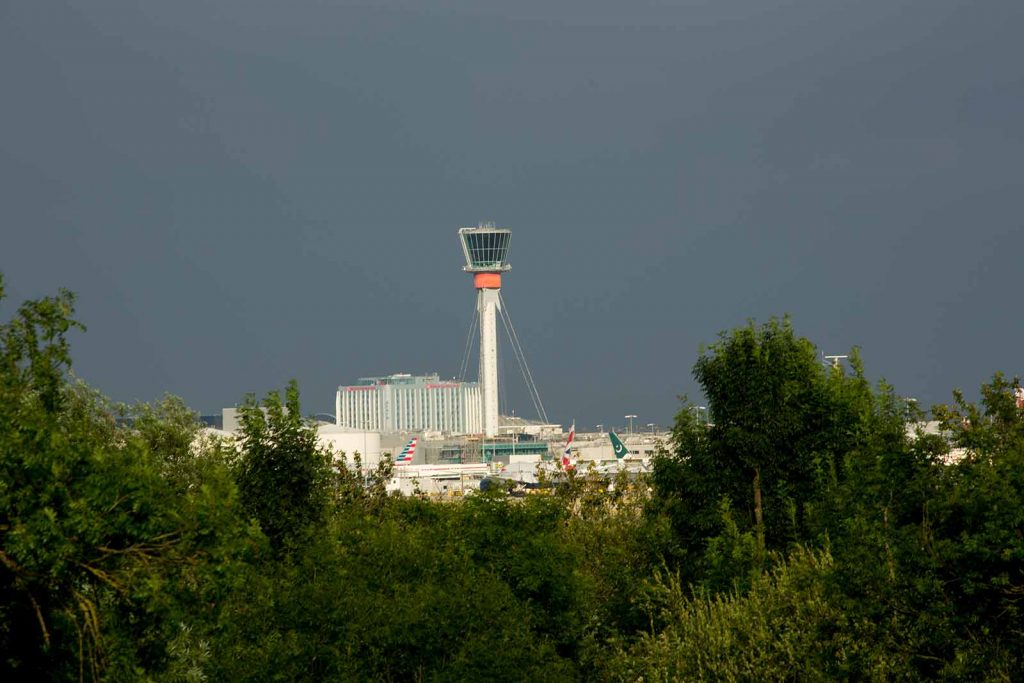 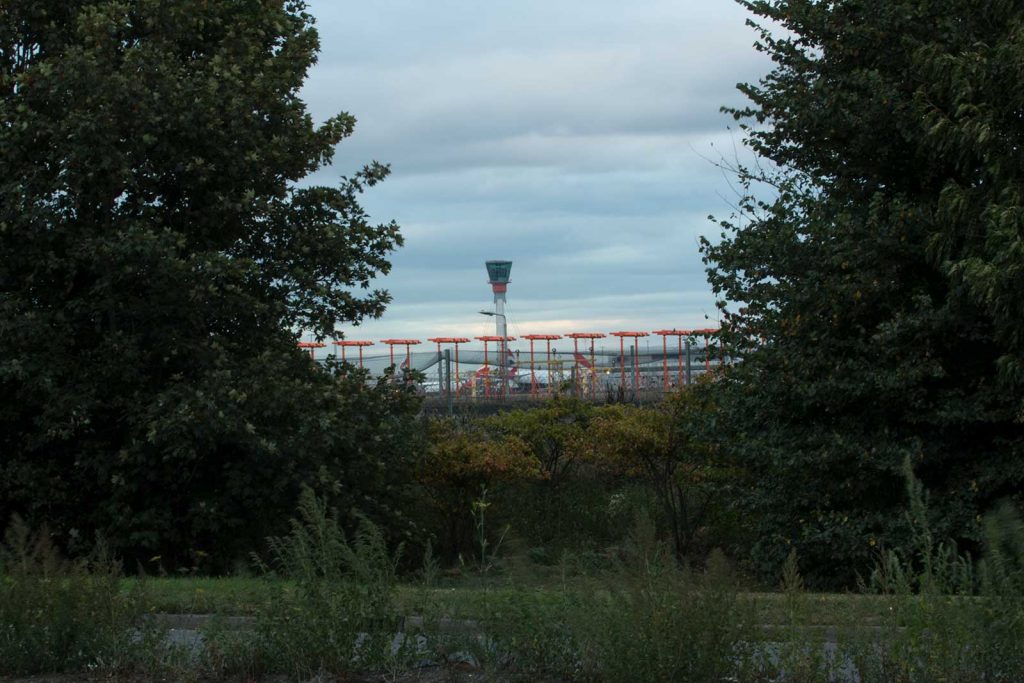 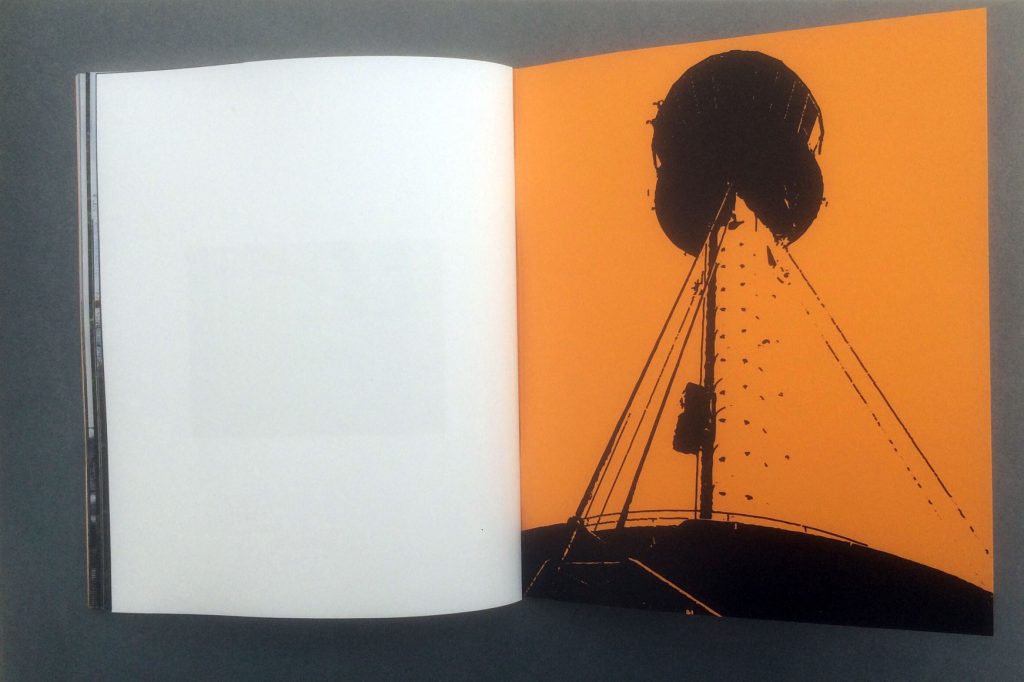 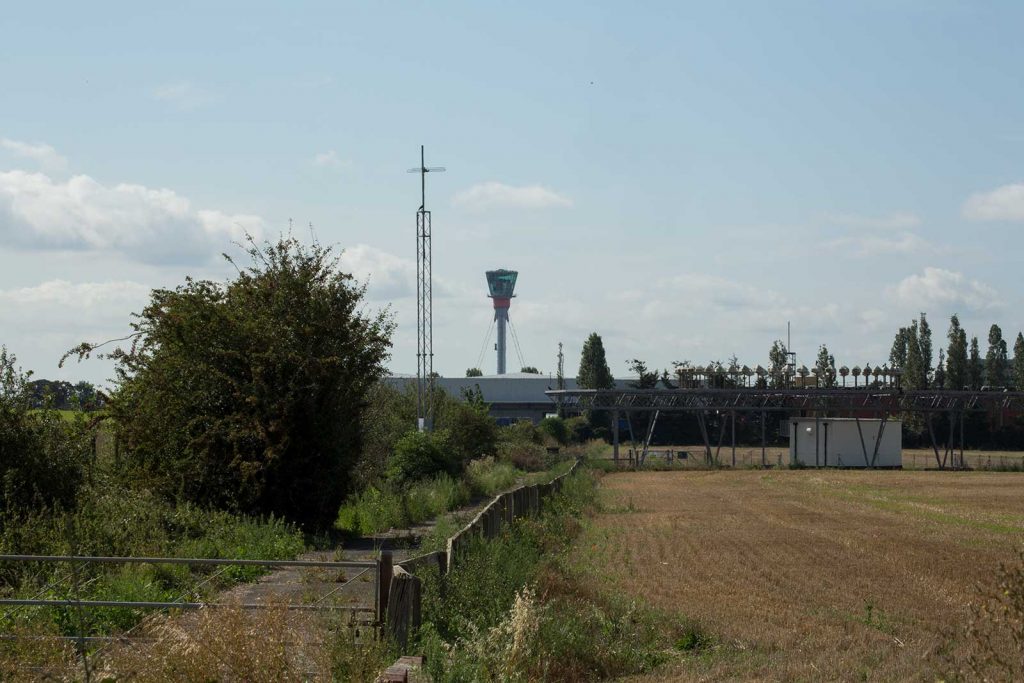 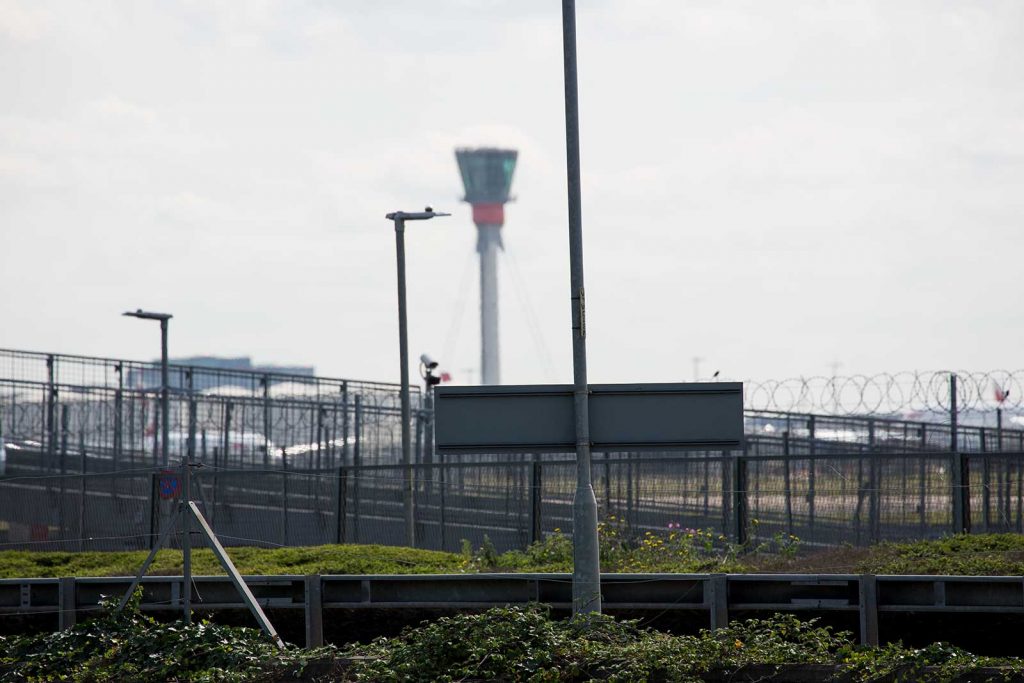 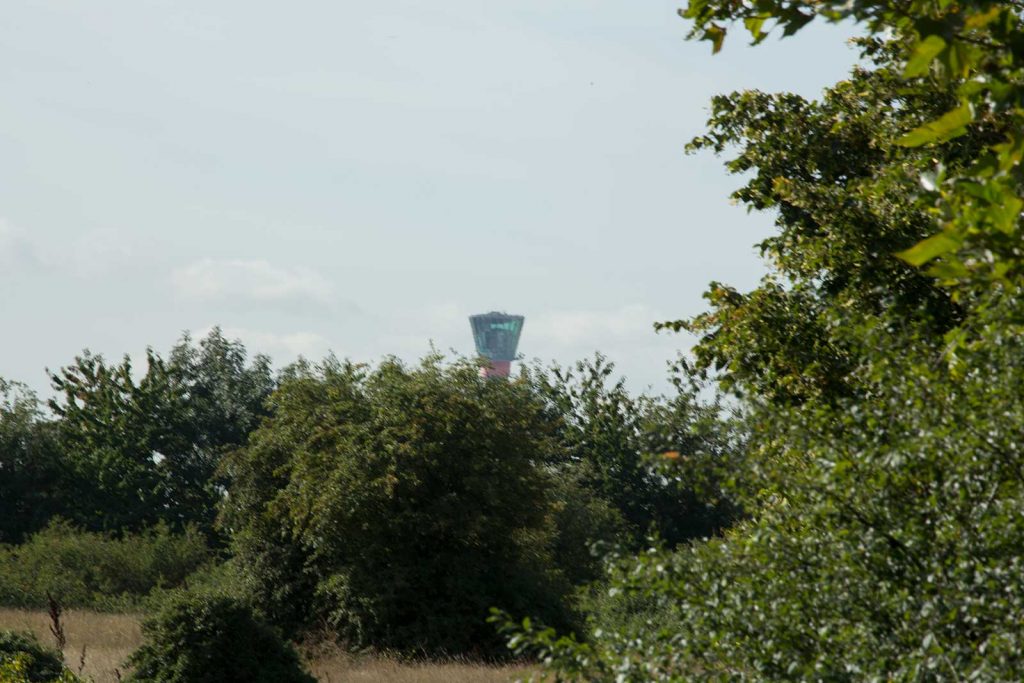 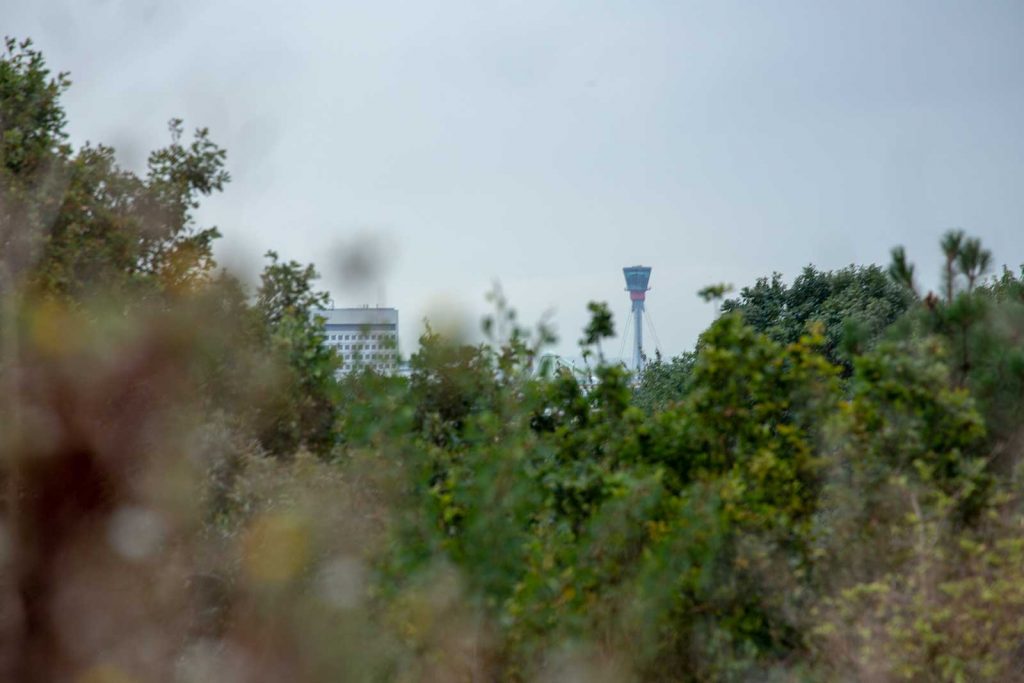 Viewable from the roof of Brunel University’s iconic Lecture Centre, Heathrow’s Air Traffic Control [VCR] is at 87m, the highest visual control room in the country. It can therefore be regularly seen from locations all over the boroughs of Hillingdon and Hayes, making it a frequent reminder of your proximity to the worlds second busiest Airport.

Phil Coy’s photographs of the tower, are as much documents of the places on the peripheries of the airport, as they are depictions of a utilitarian architecture. They show places at one step removed from the hustle and bustle of the airport, at positions on the distant perimeters of Heathrow.

The tower was designed by the Richard Rogers Partnership and engineered by Arup. The cab section of the tower was prefabricated at a nearby site close to the airport’s southern boundary before being moved across to its final location in the central terminal area, near to Terminal 3. The tower is supported by a 15ft (4.6m) diameter steel mast and three pairs of cable stays anchored to the ground. The mast, which is encircled by a three-storey technical and administrative building, provides access to the visual control room via one internal and one external lift, plus an enclosed stairway. The tubular plated main core was shaped to accommodate lifts, stairs, services and electronics, and the three stays ensure the rigidity criteria for the radar systems.

The steel column, consisting of six sections and the tower were progressively raised one section at a time over several nights, while no planes were flying.